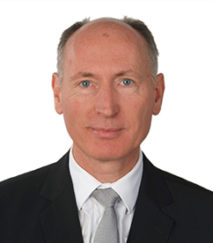 The Protestant Church in Ticino was founded in 1976, after being recognized in the canton as an organization under public law alongside the Roman Catholic Church in 1975. Although the latter had already received this status in 1886, in the meantime people had become aware of increasing religious pluralization in the canton, and the state pursued secularization. In 2016, the revised Constitution of the Protestant Church in Ticino was approved by the Cantonal Council. The cantonal church is comprised of three parishes: the Comunità evangelica riformata di Bellinzona e dintorni, the Chiesa evangelica riformata di Locarno e dintorni, and the Chiesa evangelica riformata nel Sottoceneri. The Protestant population in Ticino has steadily increased since the opening of the railway tunnel through the Gotthard Pass and the development of tourism. The Reformed church was an immigrants’ church during the first decades, and its life is thus characterized by multilingualism. It participates in the Working Committee of Christian Churches in Ticino and in interreligious dialogue. At the Federal Centers for Asylum Seekers, the cantonal church provides pastoral care, in cooperation with the PCS. It also delegates a Reformed chaplain to the cantonal prison. As a member of the Conference of Protestant Churches of Italian-speaking Switzerland (Conferenza delle chiese di lingua italiana nella Svizzera – COCELIS), it publishes the Reformed monthly Voce Evangelica and oversees the Protestant presence in the media (Radio and Television RSI).